Menu
Log in
Register
Install the app
You are using an out of date browser. It may not display this or other websites correctly.
You should upgrade or use an alternative browser.

Since my WRX doesn't see dirt anymore do to the excessive sand blasting done to the lower half do to various pits and back roads. I figured it would be a fun project to make a expedition vehicle to do mainer things aka fishing camping mudding driving places cars shouldn't go etc. 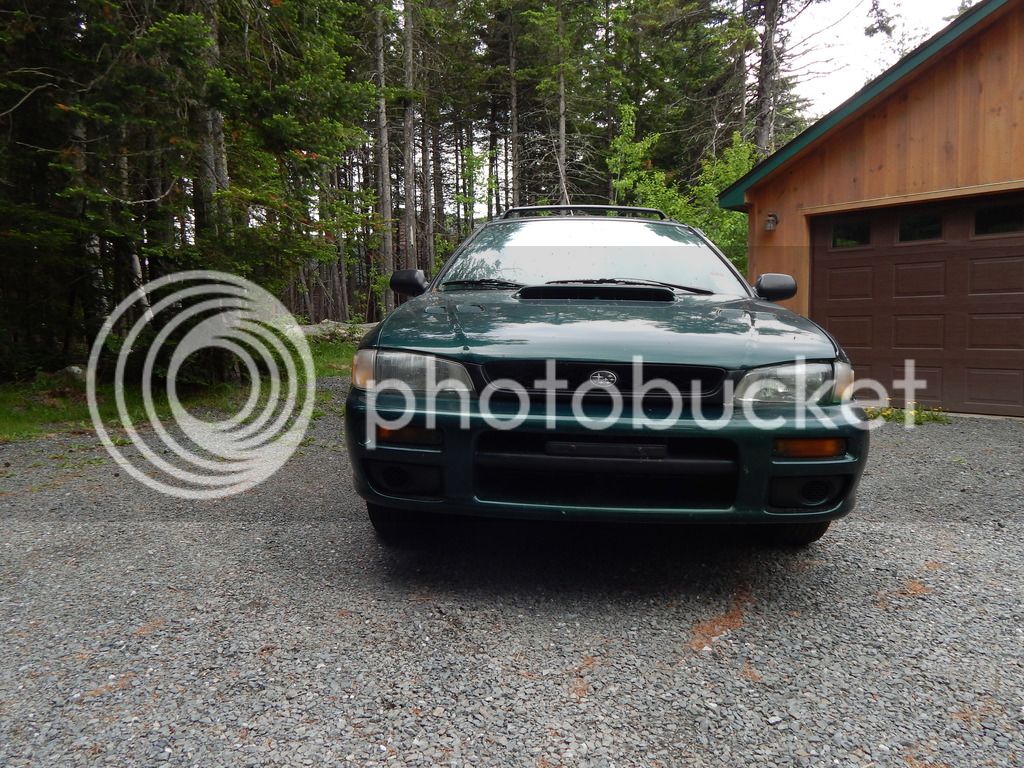 she's not a gem but for what i plan should be perfect(WRX and Forester photo bomb!) 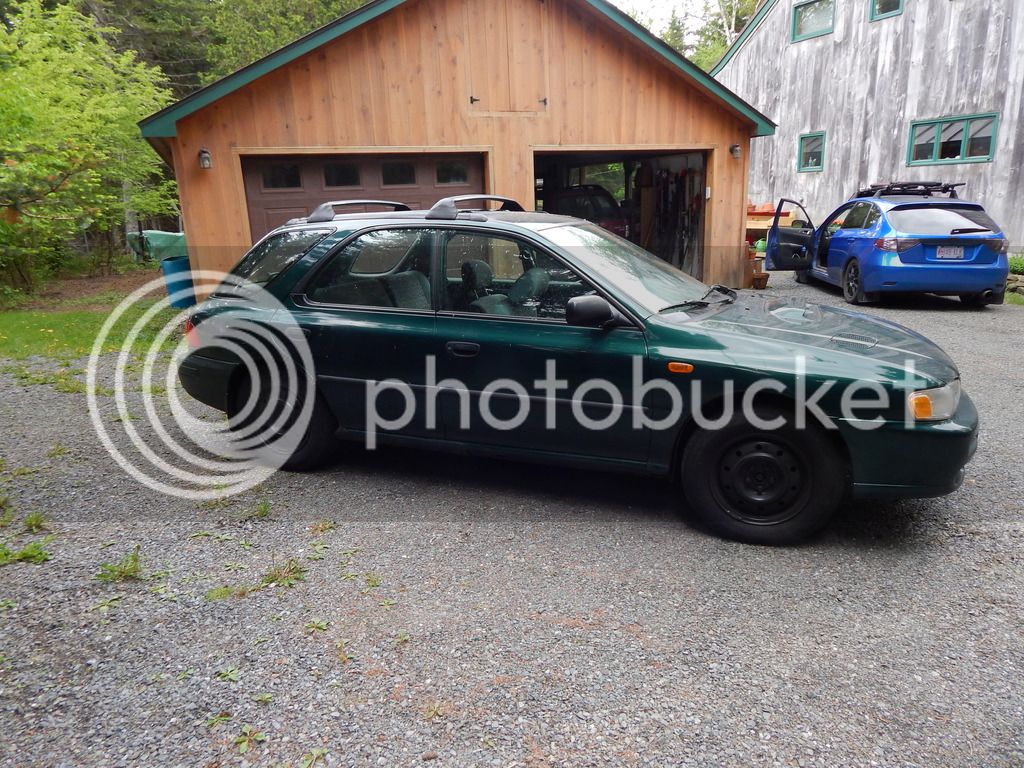 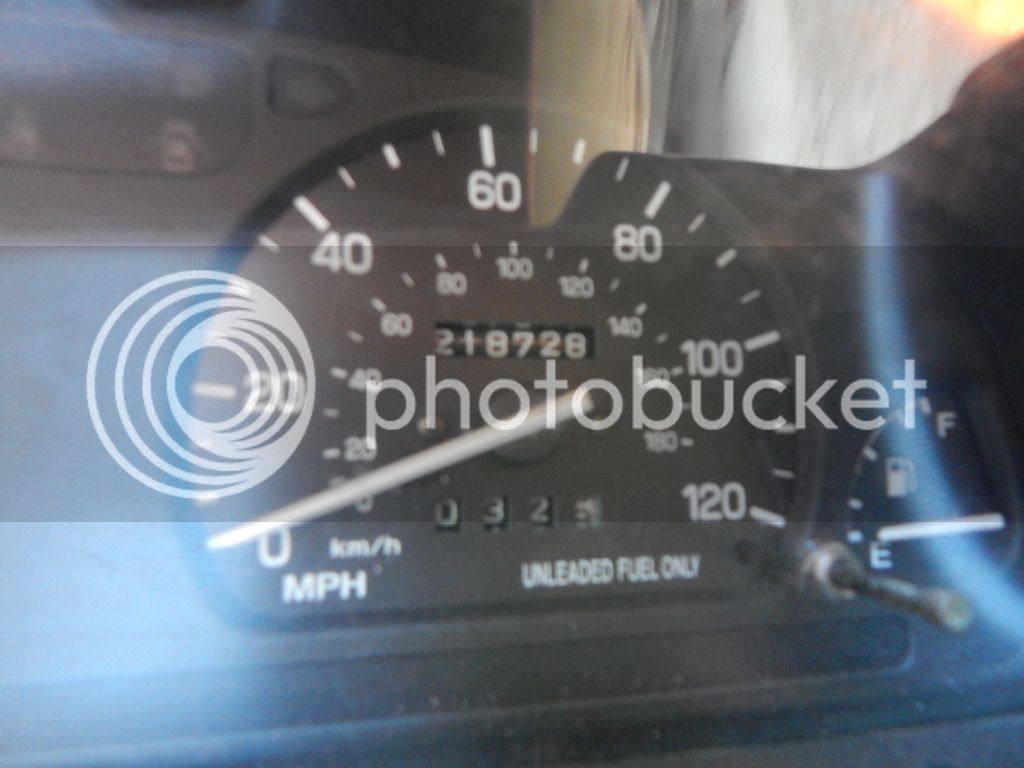 She's got some rust, but a lot of it will be cut out for tire clearance 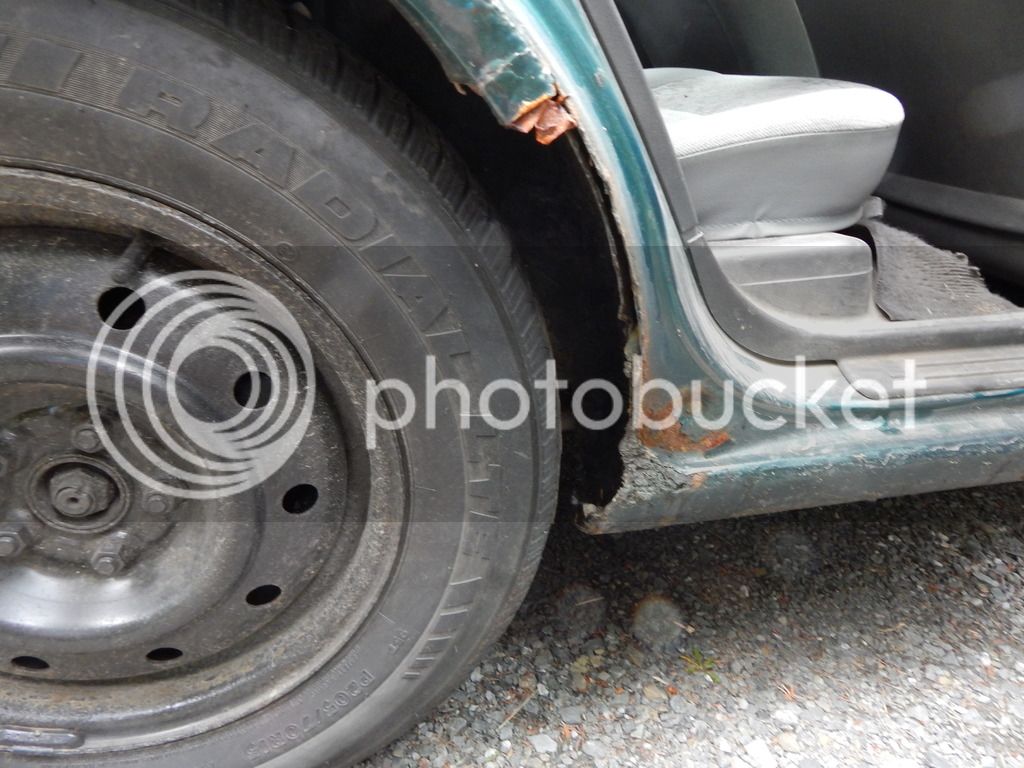 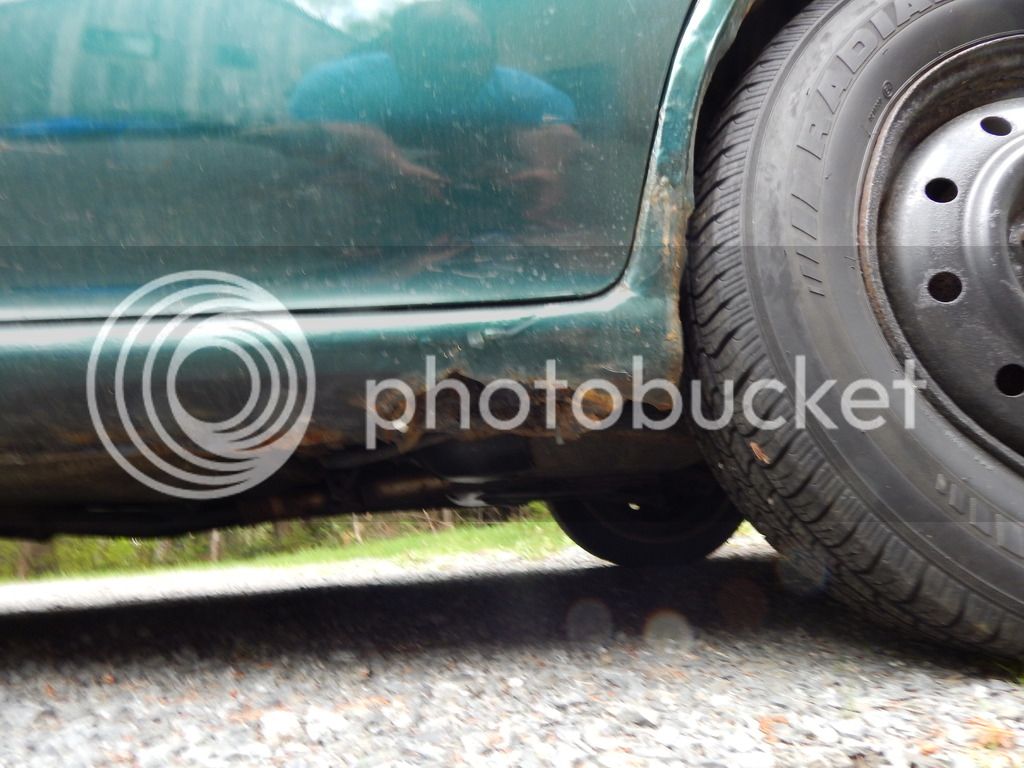 All the cancer will be cut out of the fenders and the rockers, either square or tube steel will replace the rockers. "diy rocker guards lol" 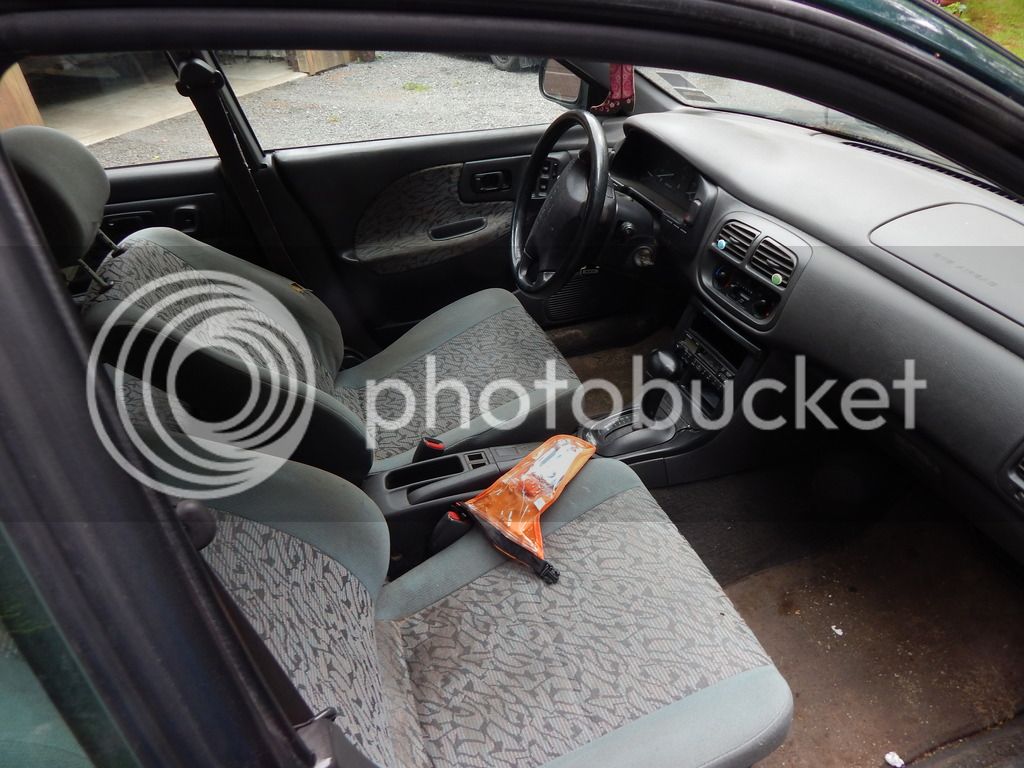 and my old wrx seats will go in. 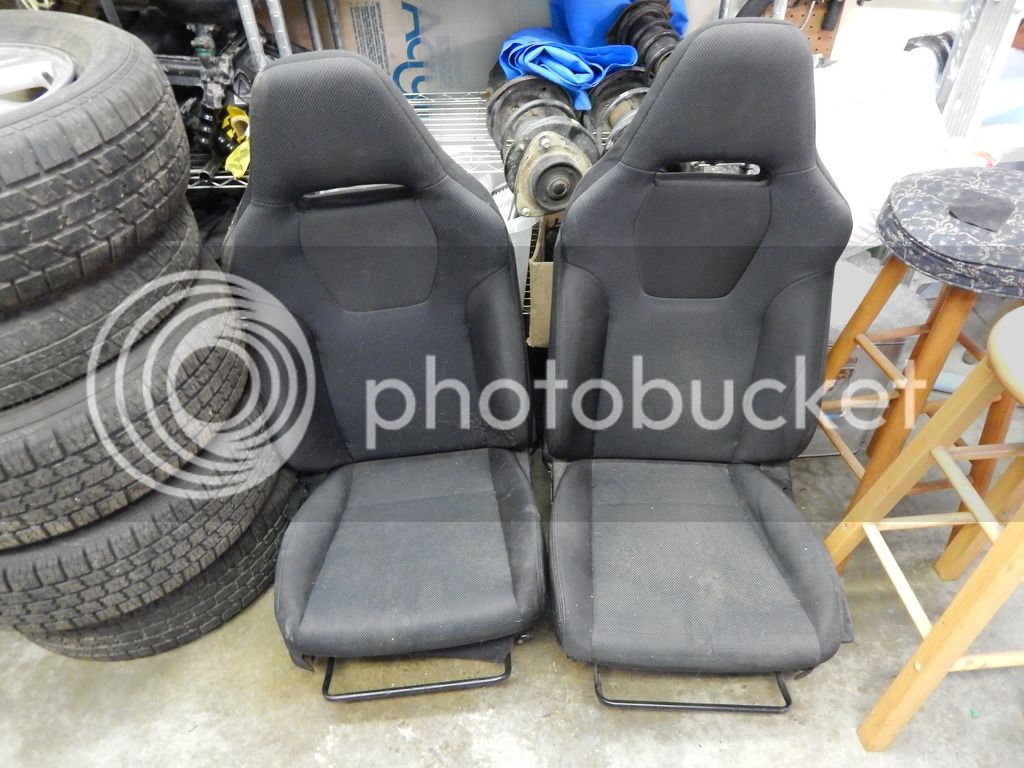 Ok now you know the car, now the plan. 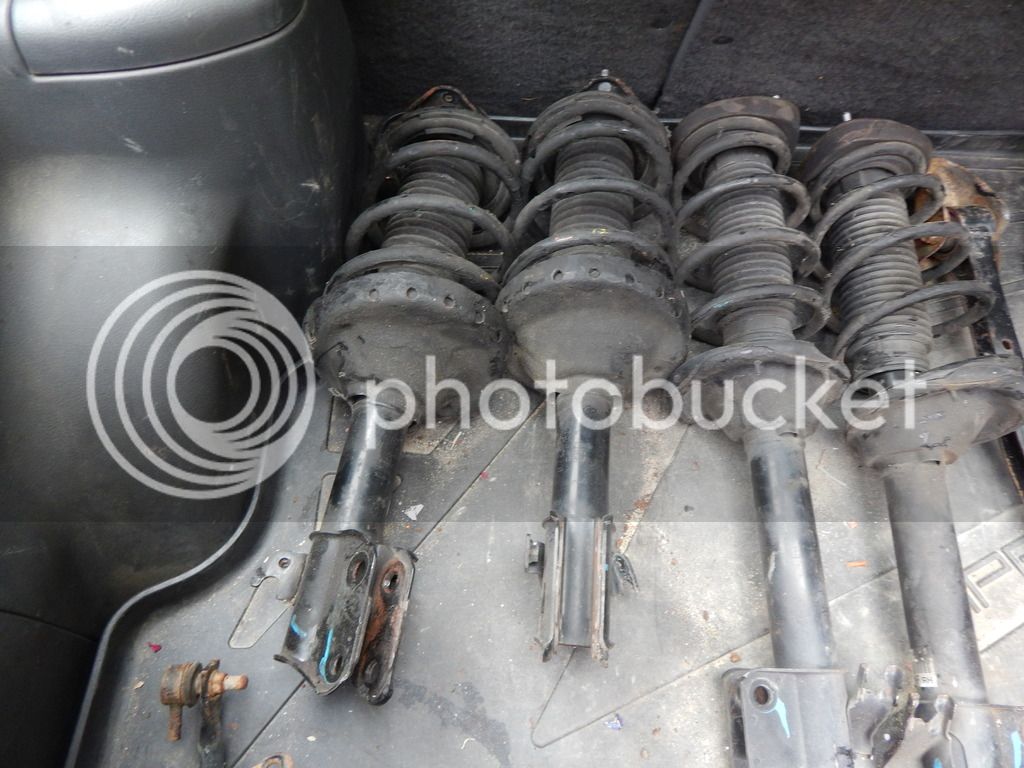 Gabe(SUBARUDE) helped me out with some Forester trailing arms and brackets to correct the geometry in the rear. 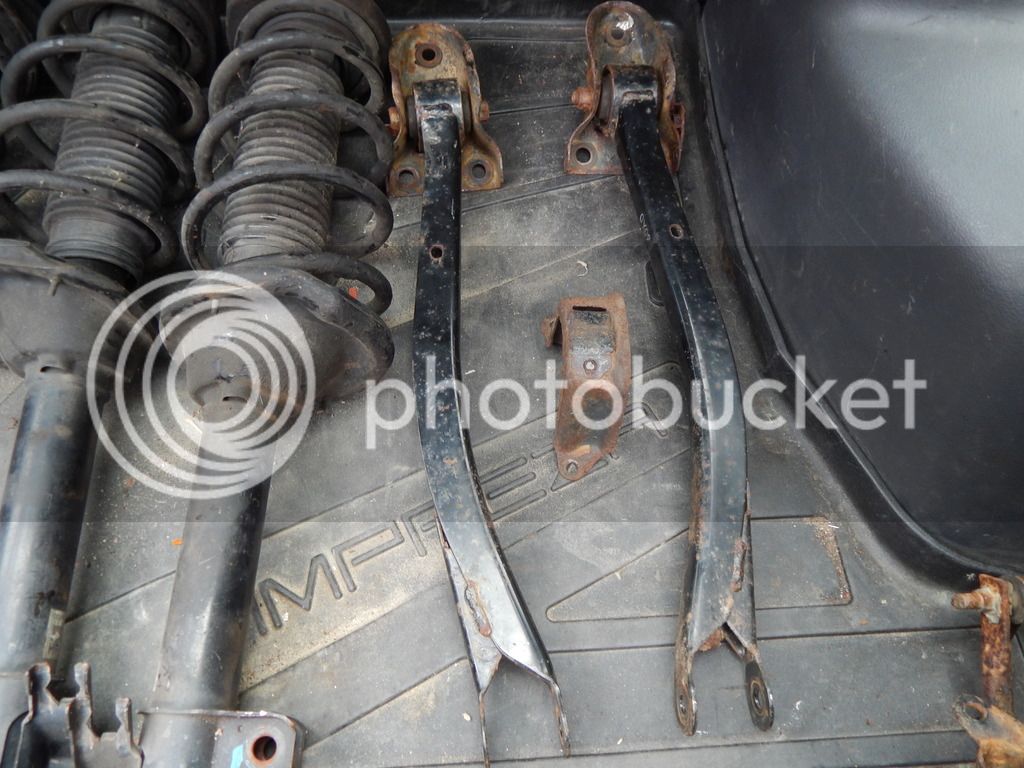 He also hooked me up with extended sway bar brackets and sway bar. Thanks Gabe! 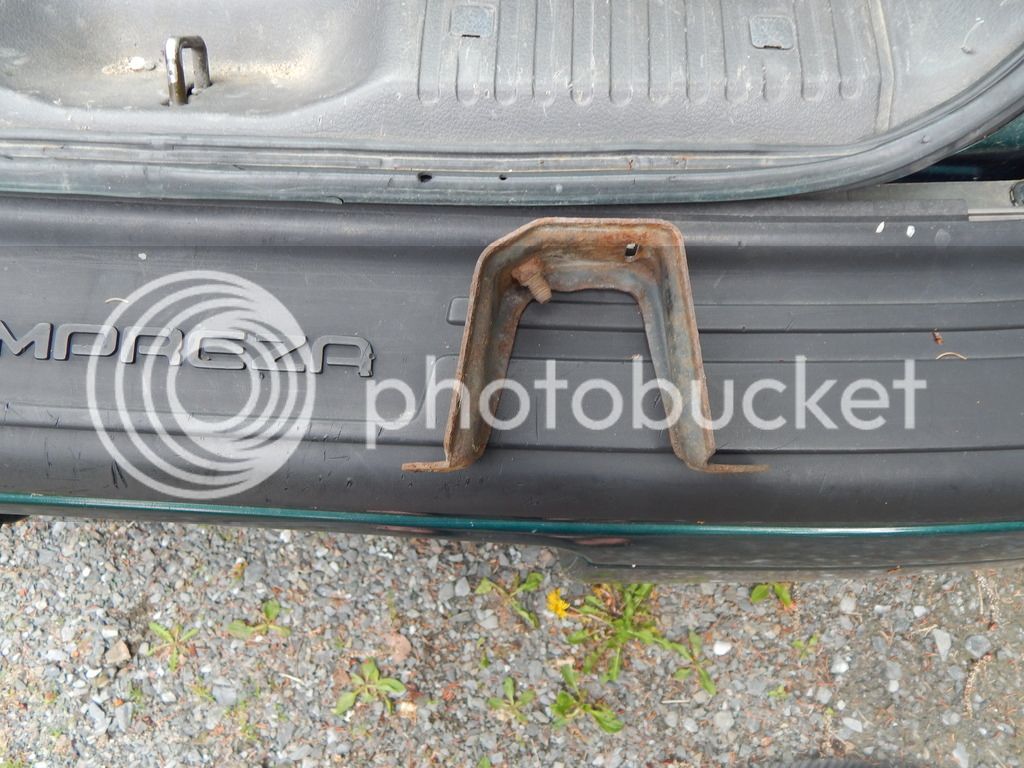 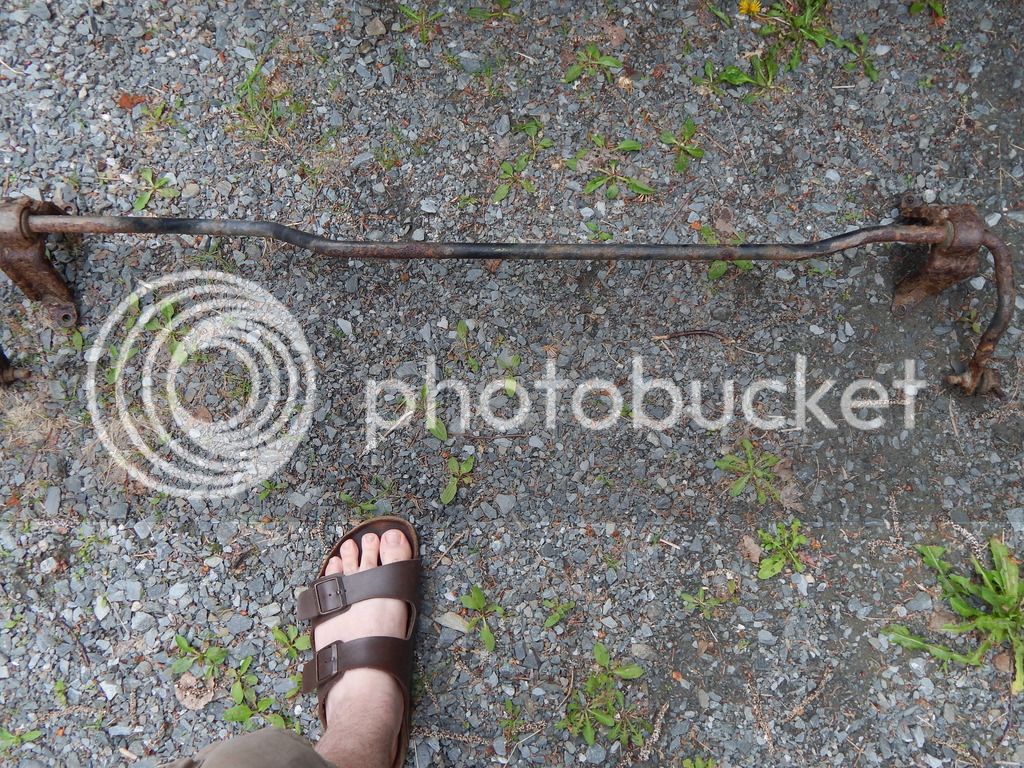 Think they will fit? 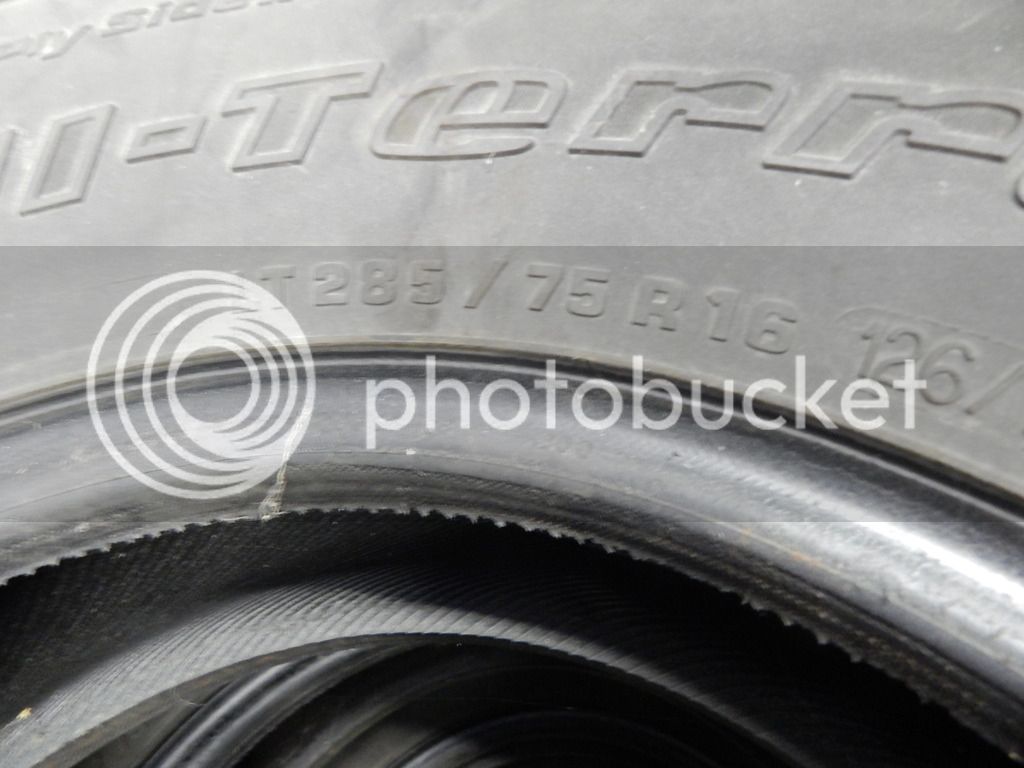 Ok so that&amp;#39;s the start for the lift. I'm probably going to fab up some strut spacers after I put all the other goodies in.

And know for the power plant and drive train.

Last summer my father got cut off and had to kill a stop sign to not t-bone the guy. the other guy hit the side of the car and totaled it. 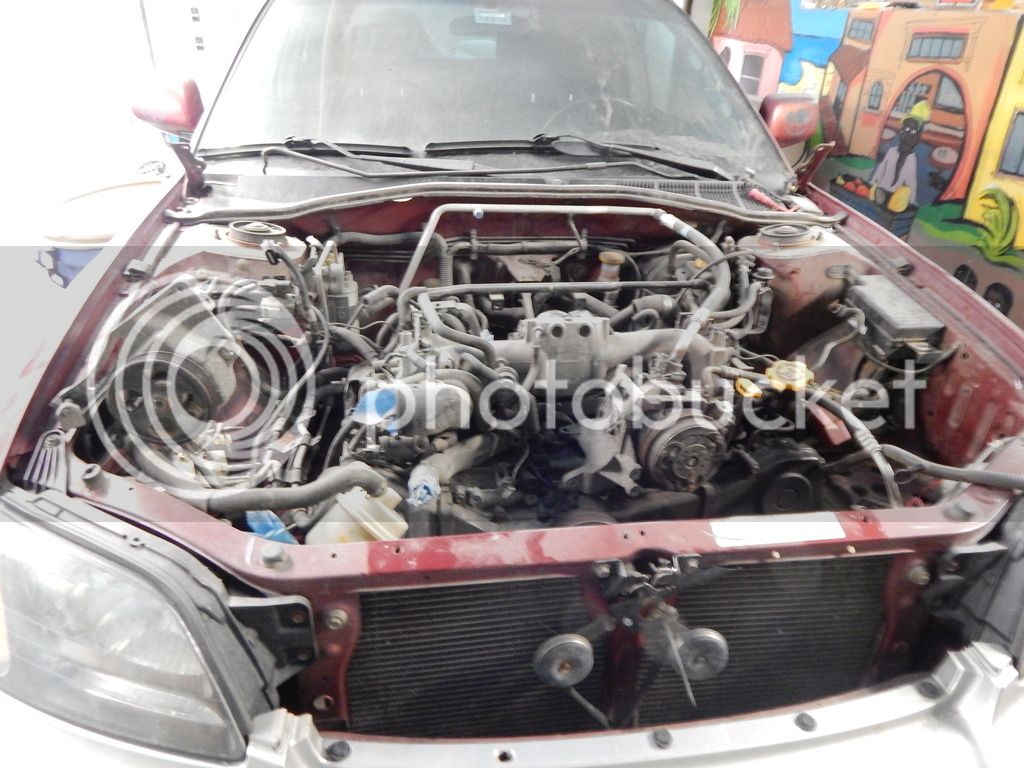 2004 baja turbo! So ill be removing that Doing a harness merge and putting it in the battle wagon! 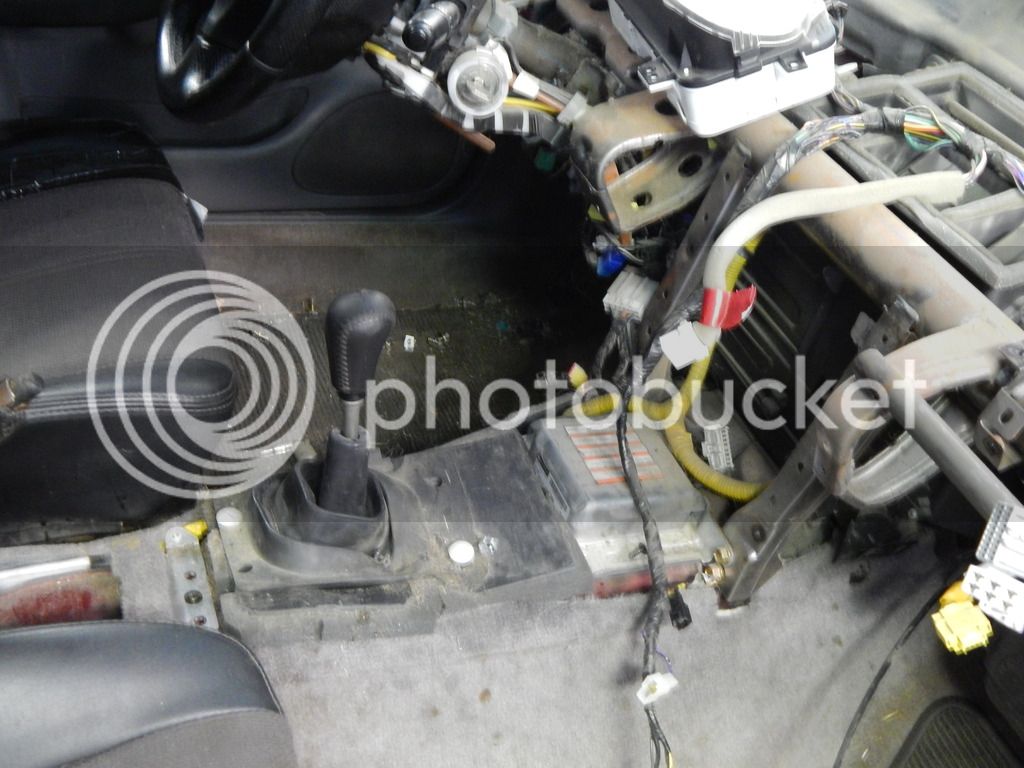 Did i mention its a 5speed? yea that&amp;#39;s going in too! along with the rear diff.

So that&amp;#39;s the plan so far any good ideas, thoughts or constructive criticism is welcome any trolling or bashing will be relentlessly made fun of.

Along with the fact you're going to need a ton of clearancing and lift, and either lower strut lift brackets, or wheel spacers of you're serious about fitting those tires!

Along with the fact you're going to need a ton of clearancing and lift, and either lower strut lift brackets, or wheel spacers of you're serious about fitting those tires!
Click to expand...

yea i plan on fabing up the subframe spacers with some channel steel, what other places need spacers? i know some modification of the driveshaft is needed, either spacers at the center bearing or outback driveshaft right?   I'm looking for some VW rims which are already 5x100 and a 38 offset to combat the huge tire issue. I got the tires from the dump. their in good shape not even to the ware mark yet so i might try it just of sh!ts and grins.

Transmission mount as well, and yeah, blocking the center bearing for the driveshaft down as well. The outback driveshaft will be too long for the Impreza body. You can use a forester one, but it won't be enough. You'll still need to block it down. You're going to need at least 4" crossmember and tranny mount spacers, and probably close for the driveshaft as well, and then 4" on top of the struts too, and then with the forester struts, you gain an extra 2" there. So it's basically a 6" lift, but the crossmembers and stuff will only be 2" higher than normal. Then you gain all the ground clearance from your tires. And you'll also need to extend your steering u joint and all your hoses and stuff too.

If you haven't, check out ultimatesubaru.org

There's a few big Imprezas on there.

ok so I'm starting to source steel for the lift. looks like 4" square tube with 5/16 wall to make the blocks, a sheet of 5/16 plate to box the blocks and make the brackets for the tophats along with some 3" tube for the strut lift. do you guys thing 5/16 will work or should i go thicker?

Found this http://www.dirtyimpreza.com/forums/showthread.php?28616-Stella-gets-a-makeover&amp;highlight=northcoast today on dirtyimpreza, looks like lots of a trial and error but a sweet rig in the end!

That's plenty thick enough. Most guys use 1/4" so yours will be plenty strong.

And yeah, he's on ultimatesubaru.org as well.

ok its been a while since I've been on and haven't been able to do much work on the battle wagon since I've had my hands full getting my house built. So I have the stock baja rims 16x6.5ET48. I have two options eather buy new rims with a smaller offset (something like a jetta or neon rim with a 35 offset) to clear larger tires or get wheel spacers. I was looking at 1 inch spacers which is about 25 mm making the stock wheel have more of a 23mm offset. my question is, what are the pros cons of each? i know with either way shifting the offset will cause more stress on the car i.e. extra wear on the bearing/suspension. Is one better then the other?